Blackmagic has again beat all mirrorless camera challengers for video by launching the Pocket Cinema Camera 6K (BMPCC 6K). With a larger sensor, 12-bit RAW and 6K resolution, it goes well beyond the last BMPCC 4K model, which had already changed the game for affordable, high-quality video. The new model’s video specs blow away every mirrorless camera, including Panasonic’s upcoming full-frame S1H, and it costs just $2,495.

But as before, the Pocket 6K has no continuous autofocus, in-body stabilization or other features that have become de rigueur on high-end mirrorless cameras. It also packs a smaller sensor than the full-frame cameras we’ve been lauding lately.

It’s incredible that an aspiring filmmaker can now buy such a powerful cinema camera, on paper, for a relatively paltry sum. To see if the video quality and performance measure up to the specs, I took it out shooting in some charming neighborhoods of Paris.

Blackmagic’s Pocket Cinema Camera 6K (BMPCC 6K) delivers RAW 6K video that’s sharper and more color accurate than you get from any other mirrorless camera on the market. However, it’s not for photographers, and lacks continuous autofocus, stabilization and other features we expect on mirrorless cameras. It’s also not a great camera for vloggers due to the lack of an articulating display. Still, if you have designs on becoming a filmmaker or professional video shooter, it’s incredible that you can buy a camera like this for so little money.

The Pocket 6K has a nearly identical body, button layout and screen to the last model. The only change is right in the middle, with a mount that’s wider and sticks out farther. That makes it quite a bit more bulky than the BMPCC 4K, which wasn’t exactly pocket-sized to begin with.

The reason for the hump is that it now uses Canon EF DSLR glass, rather than Micro Four Thirds lenses like the BMPCC 4K. Those are designed to be farther from the sensor than mirrorless lenses to account for mirror movement. The sensor is also larger at 23.10 mm x 12.99 mm. That’s Super 35 size, which is slightly smaller than the APS-C sensor on Canon’s 7D II DSLR, but much larger than the sensor on the Pocket 4K. The crop factor compared to full-frame is a 1.56x, in between full-frame and Micro Four Thirds cameras.

Some of you might think Blackmagic would have been better off adopting a mirrorless mount to keep the camera more compact. But I disagree, because EF is more mainstream, and EOS R glass is too expensive. Sure, you could use Canon’s EOS R adapter, but that would be an extra cost and hassle for most users.

As it stands, you’ll now have an easier time finding high-quality lenses. While it’s not full-frame, which is the on-trend sensor size right now, that can make it hard to keep things in focus — especially without an autofocus system. Super 35 is in a sweet spot, and still delivers cinematic images with shallow depth of field.

Considering that it’s a cinema-caliber camera, the BMPCC 6K is surprisingly simple to learn. While it can take hours and hours to master a regular mirrorless camera, I had the BMPCC 6K set up and ready to use in about 15 minutes.

That simplicity works because of Pocket 6K’s excellent ergonomic design and visual, intuitive touchscreen-driven menu system. Basic settings, like aperture, ISO and shutter angle can be changed using the manual dials. With the same bright, 5-inch touch display as the last model, I could also switch settings directly from the main screen. As good as it is, the display is a fingerprint magnet, however.

When I needed to dive in and change the resolution, RAW or ProRes, memory card and other settings, it was easy thanks to the simple menu system arranged by theme. I might sound like a broken record here, but the menus on Sony, Canon and Nikon cameras pale in comparison, and those manufacturers should look at what Blackmagic is doing. 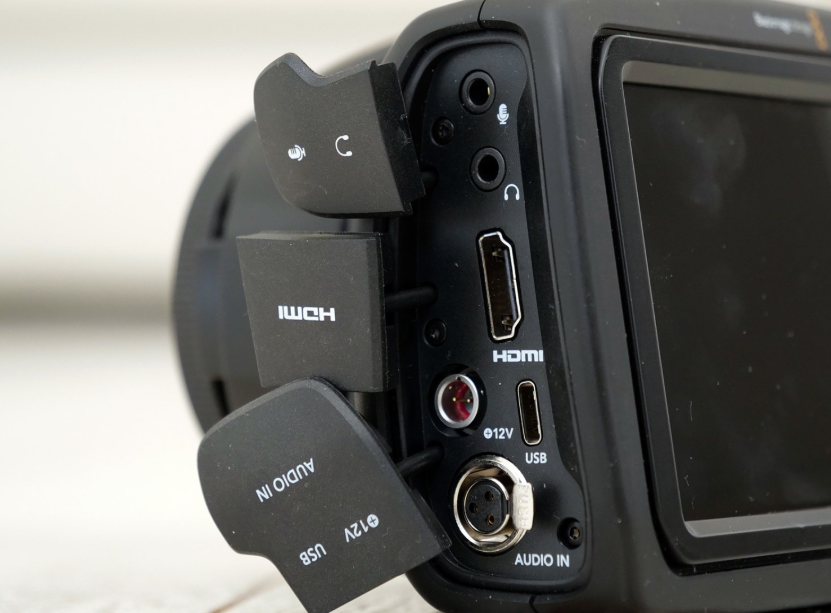 The BMPCC 6K kills every other mirrorless camera on the connection side. On top of the 3.5mm microphone and headphone ports, you get a professional mini-XLR mono locking connector for high-quality professional mics. You can use both the 3.5mm and XLR jacks at the same time for backup or improved quality, where all other mirrorless cameras offer just a single audio channel.

Meanwhile, the built-in stereo microphone delivers better quality than the built-in mics on any mirrorless camera I’ve ever tested. Other ports include a USB-C and full-sized HDMI connector for external recording.

Battery life is not great, giving you just 45 minutes when recording at 6K RAW with 50 percent screen brightness, according to Blackmagic. In the real world, it struggled to deliver just 30 minutes with the Canon LP-E6 batteries. Luckily, those are pretty cheap and easy to find, so if I bought the camera, I would get plenty of batteries to carry around.

Should you need to shoot for longer, Blackmagic has a $245 camera grip that can power the Pocket 6K for two hours. It also has a 12 volt power input that locks the cable in place to run it on AC power or use a larger external battery pack.

The BMPCC 6K has some pretty beefy recording formats. The only mirrorless camera that even comes close to that is Panasonic’s GH5/GH5s, which can shoot 10-bit, but not RAW, video. 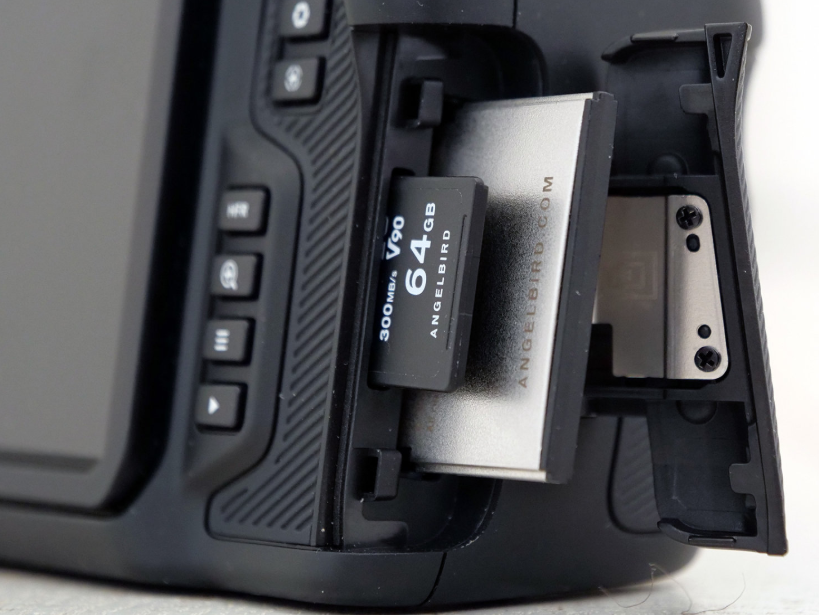 Compression ratios vary from 12:1 to 3:1 (81 MB/s to 323 MB/s). Unlike the Pocket 4K, there’s no option for uncompressed video. But given that 6K at 3:1 compression uses 323 Mb/s of bandwidth, uncompressed 6K video would require nearly a gigabyte per second — well beyond what even Blackmagic’s newfangled CFast 2.0 storage can handle.

The lack of RAW 4K isn’t too big a deal, because you’re buying this camera for the 6K capability, right? If you really need 4K RAW, the older BMPCC 4K can handle that. However, this might be an issue for some folks who prefer to stick to ProRes, so I’ve reached out to Blackmagic Design to see if that might change in the future.

To capture all this footage, there’s one slot for SD UHS-II cards and another for CFast 2.0 cards. UHS-II, with maximum speeds of 300 MB/s, is best for shooting ProRes, while the CFast 2.0 card’s maximum 525 MB/s speeds are fast enough to support all the RAW 6K formats. As before, you can’t shoot to both cards at once to have a backup, so the camera is not ideal for event videography. 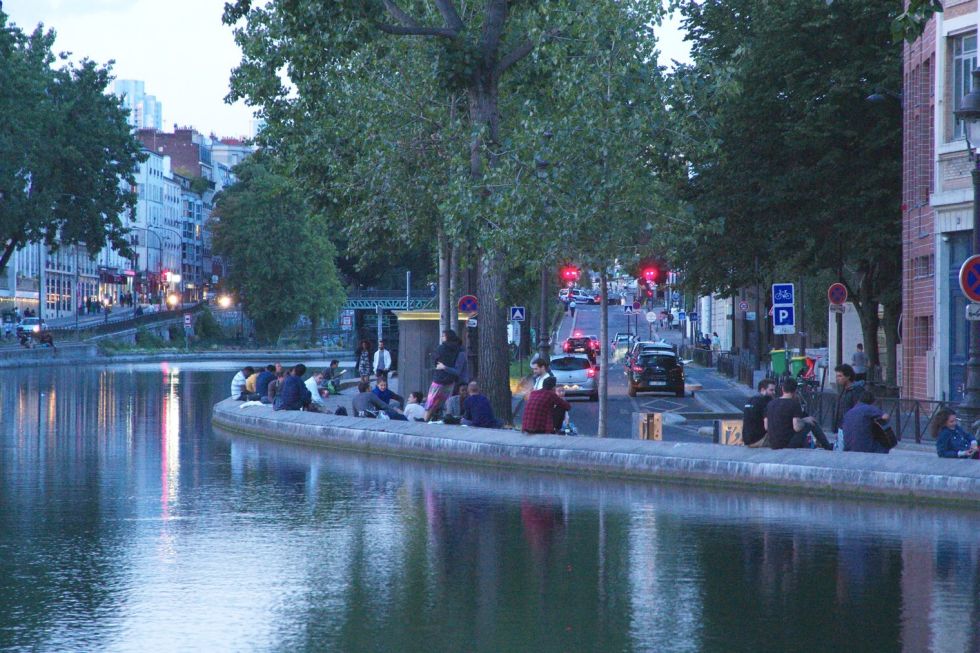 With no continuous autofocus, eye-tracking, stabilization or other automatic systems, the BMPCC 6K is not for casual users. While there’s a push-button autofocus that works in good light, for the most part, the BMPCC 6K is designed for manual focus. You can zoom in by two times to see your subject more clearly, and there’s a focus assist that lays red lines over parts of the image that are in focus.

With all that, I was able to hit focus in manual mode, but man, I am spoiled by the excellent autofocus on Sony, Panasonic and Canon cameras. Recording my standup sections for the video in this article (a 4K version is available on YouTube) was a hassle, to say the least.

There is an auto-exposure setting, but again, it’s pretty limited. Manual exposure is aided by a “zebra” overlay that shows overexposed regions, along with a video level indicator. Both of these tools made it easy to set the correct ISO, shutter and aperture speeds.

I noticed that the BMPCC 6K has a touch more rolling shutter than the 4K model due to the larger sensor and higher resolution. It’s manageable, though, and much better than the awful jello effect on cameras from Sony and Canon.

There’s no doubt that the BMPCC 6K’s larger sensor delivers a more cinematic image and shallower depth of field than before, but how does it deliver in terms of image quality? After shooting and grading quite a bit of 6K footage, I didn’t see much improvement in terms of noise level. That’s likely because the sensor is larger but otherwise similar to the one on the BMPCC 4K. And the pixel size — which dictates how much light a sensor can take in — is roughly the same, since the resolution is higher.

Still, that’s not a bad thing. Blackmagic Design is once again using its Dual ISO sensor with native ISOs at ISO 400 and 3200. That works by engaging a separate circuit for high ISO recording which kicks in at ISO 1250, meaning you get very decent low-light performance for a relatively small sensor. Panasonic uses a similar system on its video-centric GH5s camera. 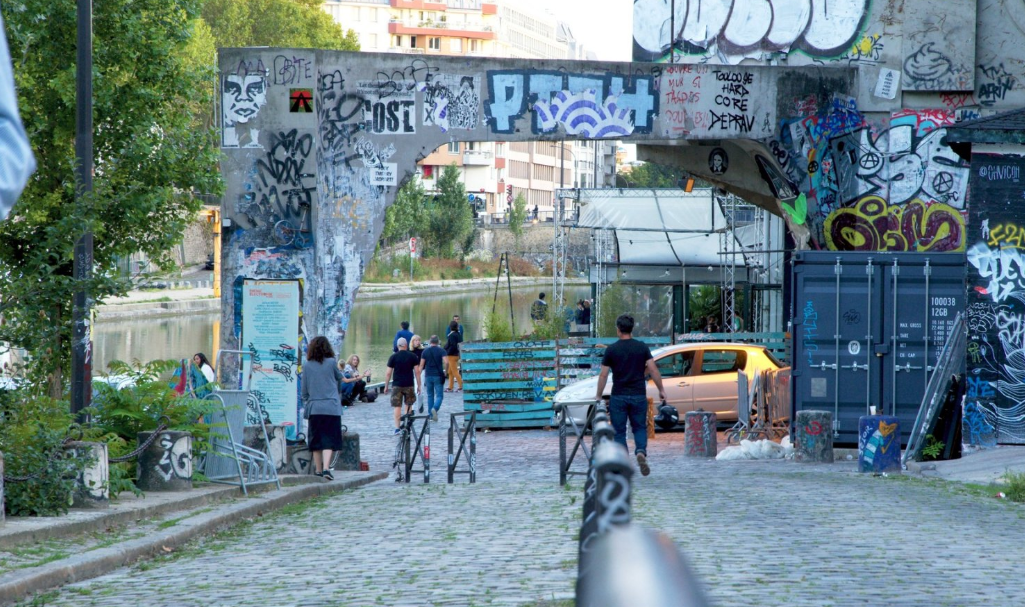 While noise levels appear to be about the same, I noticed that when shooting on 6K and delivering on 4K, the image was cleaner than it is on the Pocket 4K. That’s because I was shrinking down the “grain,” making it less visible.

In practice, ISO 6400 was the upper limit for noise-free shooting. I got usable shots at ISO 12,800, if I exposed correctly. However, ISO 25,600 generates too much noise for my taste, unless that’s the look you’re going for.

Compared to, say, Sony’s low-light champ, the full-frame A7 III, the BMPCC 6K can’t compete. On the other hand, it beats just about every other cinema camera in terms of low-light capability, including models from RED, ARRI and Sony that cost up to 20 times as much.

When shooting at native ISOs, recorded footage was very clean. I could capture shots with shallower depth of field, giving me great bokeh backgrounds without making it too hard to get sharp focus. This is a big improvement over the BMPCC 4K. Overall, it delivered better color accuracy and sharpness than any other mirrorless camera on the market. Footage is also incredibly sharp, with a soft, cinematic look.

The BMPCC 6K’s biggest weapon, though, is the RAW video. That gives you a lot of extra room to tweak it in editing and either fix your mistakes or apply various artistic looks. I was able to save underexposed shots by boosting the shadows, as long as the ISO didn’t go beyond 6400.

Better still,the Pocket 6K seems to handle highlights better than the last model. It has the same 13 stops of dynamic range, but Blackmagic has shifted the sensitivity slightly toward the highlight end of the curve. Now, if you overexpose the sky a touch, you can dial it back and still retain cloud and other details.

Let’s be frank: the BMPCC 6K is a niche product. It’s really only for high-end professional video shooter or filmmakers, and can’t even handle vlogging well due to the lack of an articulating screen. In terms of image quality, though, it far outperforms any mirrorless camera and even many expensive cinema cameras. The RAW 6K video gives you extreme sharpness and flexibility in post for delivering projects in 4K.

You also need to have a computer system that can handle these enormous, high bandwidth files, though. And keep in mind that this is a mostly manual camera in terms of autofocus and exposure. If you’re used to a Sony A7 III or Panasonic GH5, you’re going to be very frustrated.

For other folks who aren’t phased by that or are willing to put in the time to learn, there are large rewards. An aspiring filmmaker could use the Pocket 6K to shoot on the cheap and deliver a high-quality film for broadcast, web or screening and film festivals. For $2,495, that’s a pretty irresistible prospect.

Previous ArticleSurface Studio 3: what we want to see
Next ArticleBUNDLE DEAL: Save £35 on the new Echo Dot and Ring Video Doorbell 2
Comments (0)

Don't miss a deal at Nike DE
Best offers at Sky
Discounts, Sales and Deals at Go Daddy
Save your money with Brian Tracy
Online-Shopping with Vimeo
Best products at Argos
Latest Posts