To the casual eye, the BenQ BL2780T seems like a nothing monitor. The design is unfussy, there are no special gimmicks to mark it out, while its price lands it smack in the middle of the road – in fact, it’s a few pounds more expensive than its key rivals.

Fortunately, BenQ has spent that extra money wisely because it gives room in the budget for a true 8-bit display. That’s a step up from the 6-bit + FRC displays used by the Dell SE2719H and Iiyama ProLite XUB249HSU-W1 – the most direct competition – and it means that colours will have better gradients on the BenQ.

BenQ BL2780T’s panel also has more colour modes than its rivals, while its 60Hz refresh rate and 5ms response time are fine for general-purpose use. The Iiyama Prolite XUB249HSU-W1 has a higher refresh rate and a better response time, but the margins are so small that it barely makes a difference.

The combination of a 27in diagonal and 1080p resolution – which it shares with the Dell SE2719H – means that pixels become visible at closer distances than the 24in Iiyama ProLite panel, but the drop in sharpness won’t hinder day-to-day computing. 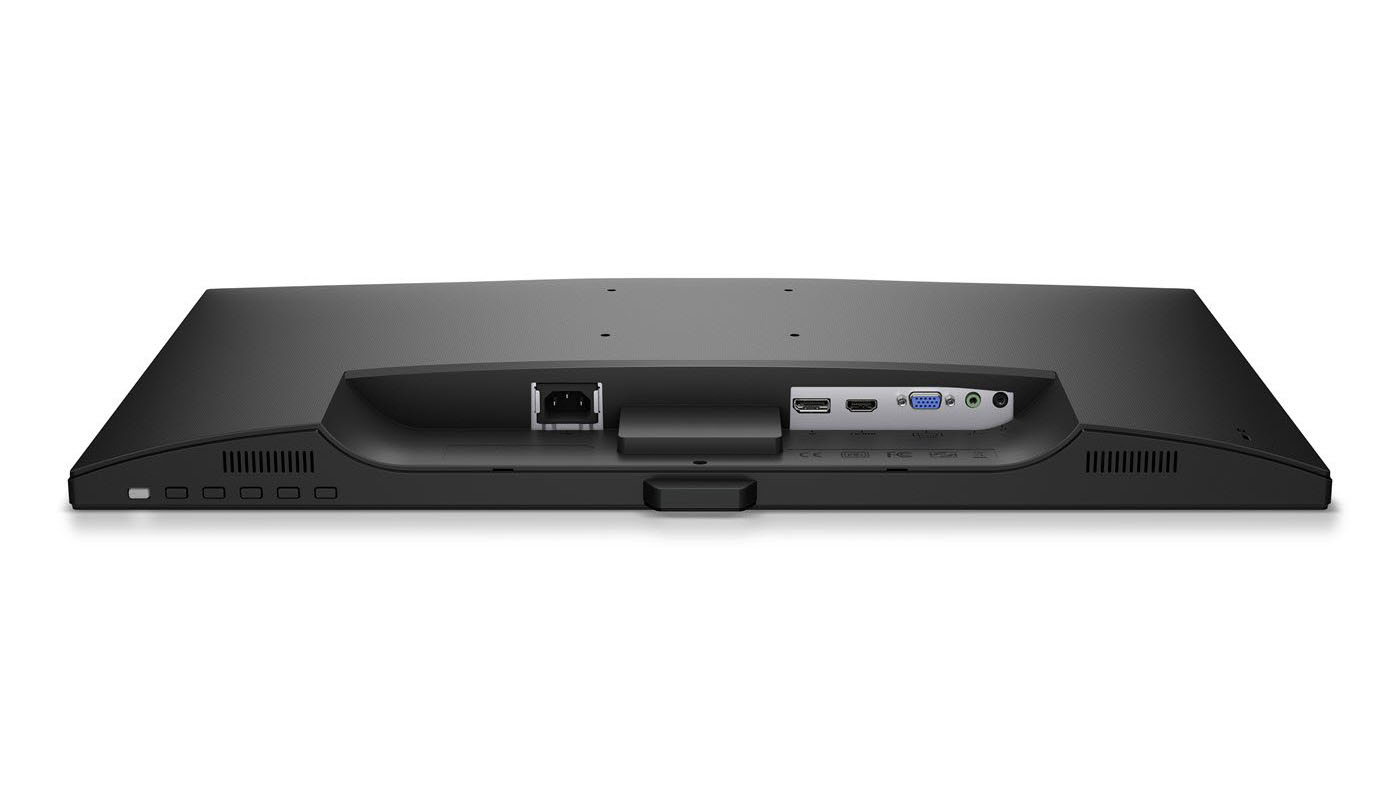 We’re impressed by the other features you’re getting for the money. HDMI and DisplayPort connections sit alongside a D-SUB port and two audio jacks so, unless you need USB ports, it’s more versatile than its rivals. It’s got speakers, too. They’re extremely bassy, which means a muddy mid-range, but they’re more usable than the Iiyama’s tinny audio hardware.

This screen also has more height adjustment than either rival, along with a good range of tilt and swivel. It can be used in portrait mode and with VESA mounts, too – so it matches the Iiyama and is far better than the Dell. There’s even a useful handle at the rear, while the OSD is easy to navigate and relatively quick to respond. What you don’t get is style. It’s got slim bezels, sure, but it’s chunky and made from staid plastic. The rear of the panel isn’t particularly sturdy, and movement is consistently and annoyingly stiff.

When it comes to image quality, though, there’s no competition: the BenQ is leagues above both the Dell and Iiyama monitors. This panel’s average Delta E of 1.41 is excellent while its maximum Delta E of 3.73 is similarly dominant.

The great colour accuracy is paired with a solid colour temperature of 6,313K and an sRGB gamut coverage of 92.5%. These characteristics combine to deliver colours that are more accurate and subtle than anything the Dell or Iiyama can produce. 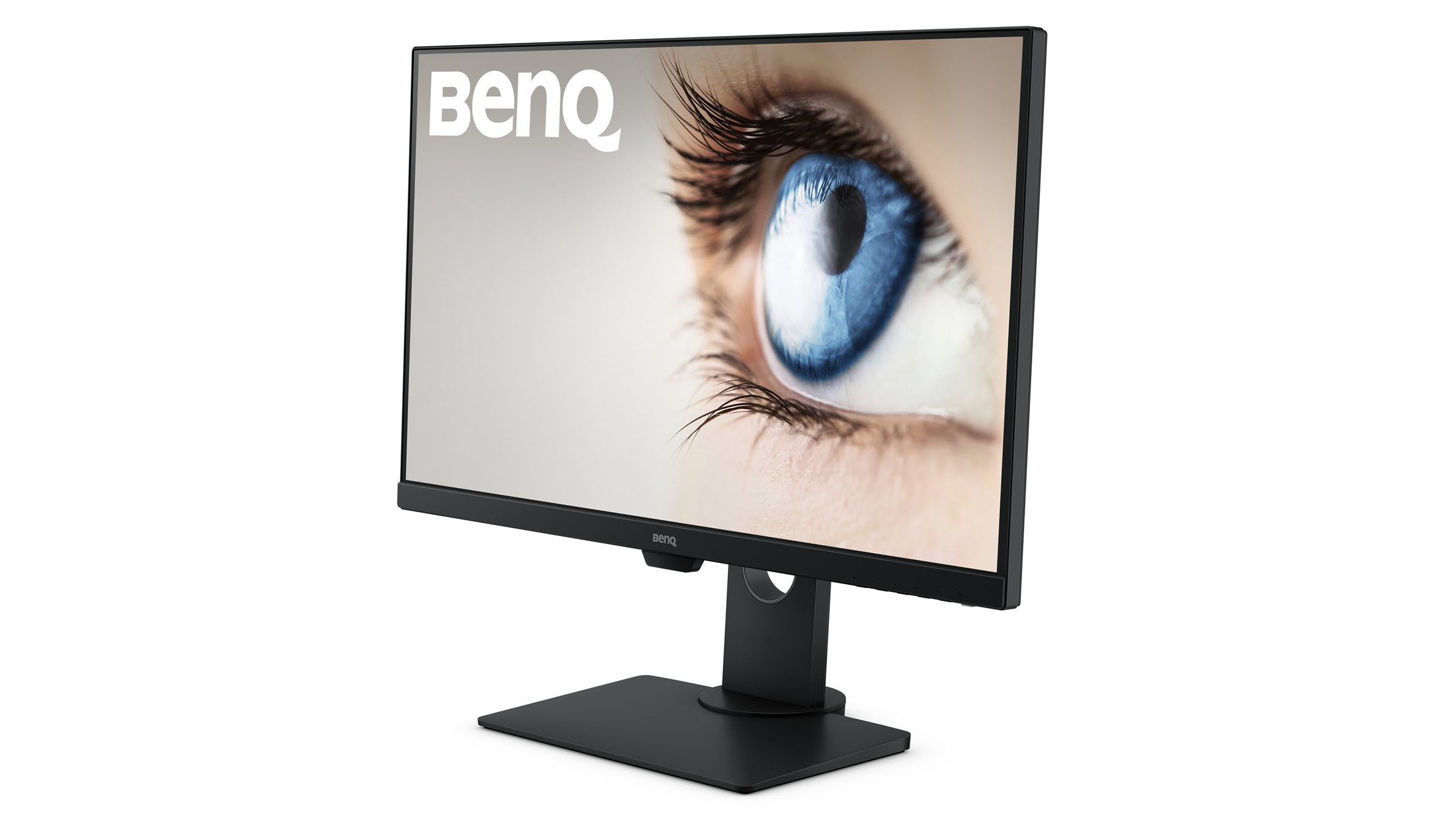 The game-changer comes in contrast tests. The BL2780T serves up a contrast level of 1,190:1. That’s several times better than both the Dell and Iiyama panels, and on par with far more expensive screens. The difference between the BenQ and its rivals is immediate: images have more depth, with punchier colours at the top end and dark shades that actually look gloomy.

BenQ’s alternative screen modes aren’t terrible, but we wouldn’t recommend them. The Movie option makes Delta E poorer, while the Game and Photo options make contrast worse too. This monitor’s biggest weakness is its uniformity. Its maximum brightness deviation of 17% is a little worse than both rivals, and that figure was recorded all the way down both sides of the screen. The Delta E also proved a little wayward, especially down the right-hand side.

The Dell and Iiyama screens weren’t far behind here, though, and the BenQ’s deviations won’t be noticeable in the vast majority of situations. It makes this screen unsuitable for tough photo work, but it’s not really designed for that kind of job anyway.

Instead, the BenQ proves itself to be an excellent everyday monitor by concentrating on delivering good quality for a reasonable price. Its contrast and colour figures are far better than anything its rivals can offer, and it has a solid set of features that are comparable with the Iiyama and far better than the Dell. It makes for a display that can excel in loads of situations: from web browsing to office work and casual gaming.

It might not look like much, but this screen’s got it where it counts – with great image quality that makes it far more satisfying and useful than either of its competitors. It’s a little more expensive, sure, but it’s well worth spending extra to get a much better display.

Don't miss a deal at Udemy
Best offers at TalkTalk Phone and Broadband
Discounts, Sales and Deals at H&R Block
Save your money with Currys
Online-Shopping with Vimeo
Best products at Microsoft Store
Latest Posts