With the latest Apple Watch fresh off the vine, what might the Watch 6 hold in store?

The next iteration of the Apple Watch might feel nothing but a glimmer in the company’s eye right now, but that won’t stop us from speculating on what’s to come. With the latest Apple Watch Series 5 being hailed as the best smartwatch on the market, how will its future sibling compare?

There are very few rumours to help us fill the Apple Watch shaped space in our hearts but, we’ll do our best. Read on for our assumptions and hopes for the best friend your wrist hasn’t even met yet.

Apple Watch 6: Everything we know so far

Apple Watch 6 release date: When will it launch?

Apple Watch 6 price: How much will it cost?

The only quibble the majority of consumers have with Apple as a brand is its consistently high prices. With the basic version of the Series 5 starting at £399 and stretching to £1,399 for the ceramic model, it’s likely we’ll be looking at a starting price of at least £400 next year too.

However, depending on how well the Series 5 sells, it’s not impossible that we might see Apple being incentivised to offer more competitive pricing on the Watch 6. With the new wearables only just having launched, we’ll have to wait and see what the future holds.

In keeping with Apple’s avoidance of unnecessary tinkering with design, the Series 5 looked almost identical to the Series 4. Unless this was a ploy from Apple to leave a big design overhaul to the next series, we’ll have to assume that the square retina display is here to stay.

It would be a clever move to increase the display size and decrease the bezels in the same way Apple did in its upgrades from Series 2 to Series 3. Not only could this allow for a larger battery, but it would help with usability for the sausage fingered among us. It might also allow for more space for cramming in more storage and other components that improve the overall user experience.

Indeed, there were some, unfounded, rumours for the most recent Series 5 that revolved around an in-built camera. Some sketches had emerged of designs including a small camera at the fixed to the end of the watch band that could be used for selfies or scenic shots.

The document in question stated that the camera would include “an optical sensor or camera, and an operable connection to transfer data between the optical sensor and the display or other devices”. Of course, nothing came of these rumours, but it’s not to say this isn’t a good indicator of the direction Apple is exploring with its wearables. 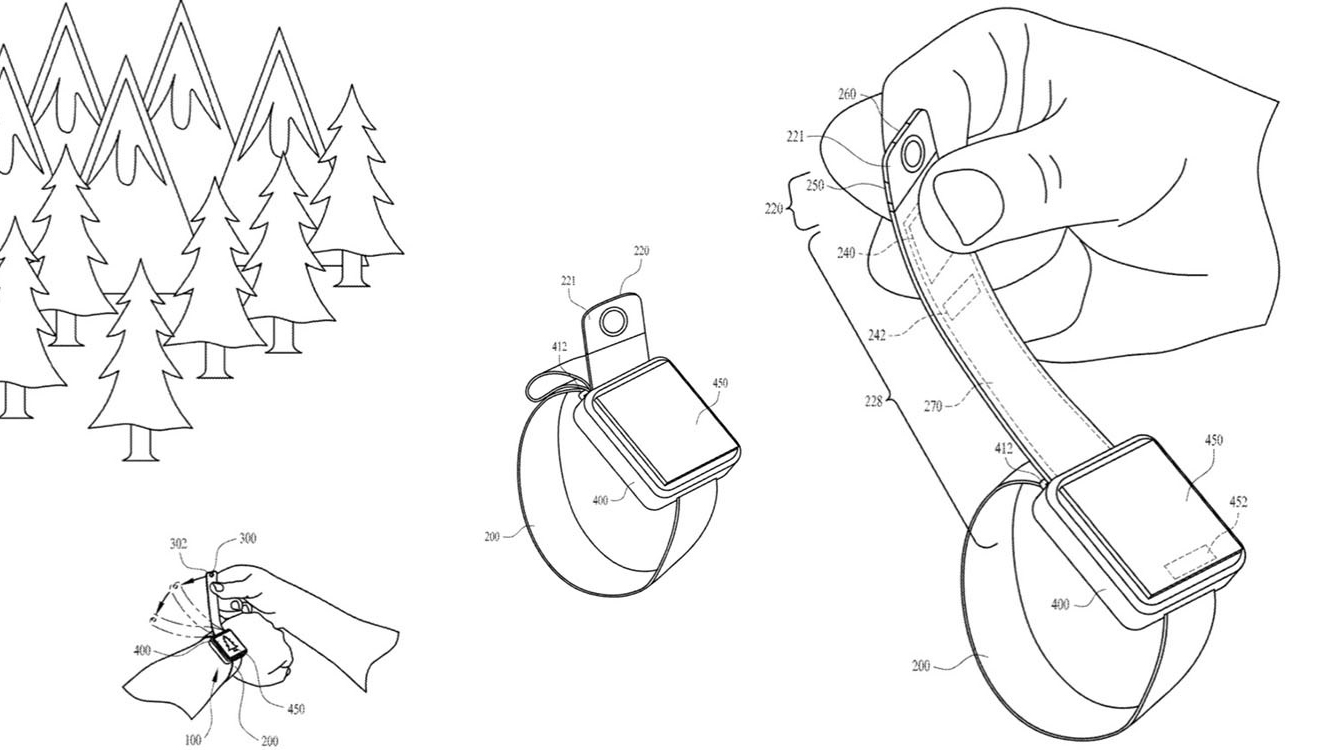 Apple Watch 6 features and specs: What will it do differently?

Ming-Chi Kuo claims that Apple’s new wearable will be faster and better. The Apple Watch 6 will instead use liquid crystal polymer materials (LCP) in its circuit board as opposed to the polymide (PI) used in the previous Apple Watch models. This is thought to bring significant improvements to performance aswell as connectivity and includes faster WiFi and faster processes as well as better internal connectivity for the wearable. In fact, it may even accomodate a faster S6 chipest altogether.

The battery life of the Series 5 was a let down for many. Although the new always-on screen function surprisingly doesn’t drain the battery, as you’d expect, it still has the same advertised 18-hour battery life that the 4 and the 3 before it delivered. We hope that the next will be able to improve on this figure and allow you to continue wearing the watch at night and benefit from features such as sleep tracking.

The addition of the new compass app wasn’t all too exciting unless you are a seasoned hiker – although it might also help you to avoid getting lost in the city. It’s also important to add that you can’t use a magnetic band with the new model, as your trusty compass will no longer work. Perhaps a workaround could be on the cards for the next model.

Customers were also let down with the lack of an in-built sleep tracking app. Whilst it is possible to download third party apps we’d hope the next watch will have this installed and ready to go out of the box.

As mentioned above, there is the possibility of an in-built camera in the Watch 6’s band. The addition of a camera would follow suite with the sizeable upgrade in the new iPhone 11 cameras and therefore would make sense as a new feature. No other smartwatch on the market houses a camera and Apple, as we know, loves to trailblaze.

When Apple decided to hold off on the inclusive of 5G on their latest iPhone models, fans were surprised. Whilst this seemingly allowed Apple to fall behind its competition it also helped avoid the many pitfalls of releasing a 5G-ready phone into a world with very little 5G coverage. That’s a decision that might well pay off in the long run. Rumours of a 5G-ready handset for 2020 have circulated which means there’s a chance the next watch could jump on the ultra-fast bandwagon.

Don't miss a deal at Carphone Warehouse
Best offers at Mobiles
Discounts, Sales and Deals at Surfdome
Save your money with Vimeo
Online-Shopping with Sephora
Best products at O2 Mobile
Latest Posts