Apple’s 12.9in iPad Pro is still the best tablet money can buy, but impressive internal improvements bump it up to a necessary purchase

An iPad is typically seen as a multimedia device for absorbing all of your favourite content, but since its induction in 2015, Apple’s massive 12.9in iPad Pro has ditched perceptions. While it’s still the perfect device for surfing the web or watching films, Apple’s largest ever iPad is a proper laptop replacement, and the new 2017 model bolsters the original’s perfection.

iPad Pro 12.9in review: What you need to know

The 12.9in iPad Pro hasn’t changed much on the outside, but inside is where it matters. The updated 2017 model ships with a speedier A10X Fusion chip and a new Retina display equipped with a new ProMotion feature, which adjusts refresh rate on the fly depending on what you’re using the tablet for. iOS 11 also comes to the 12.9in iPad Pro when it launches later in the year.

Apple’s iPad Pro lineup isn’t cheap. Launching in three storage configurations – 64GB, 256GB and 512GB – expect to hand over at least £769 for the cheapest, non-cellular variant. If you want to go all out, you can pick up the 512GB model equipped with Wi-Fi and cellular for £1,169. Wallet-friendly this ain’t. 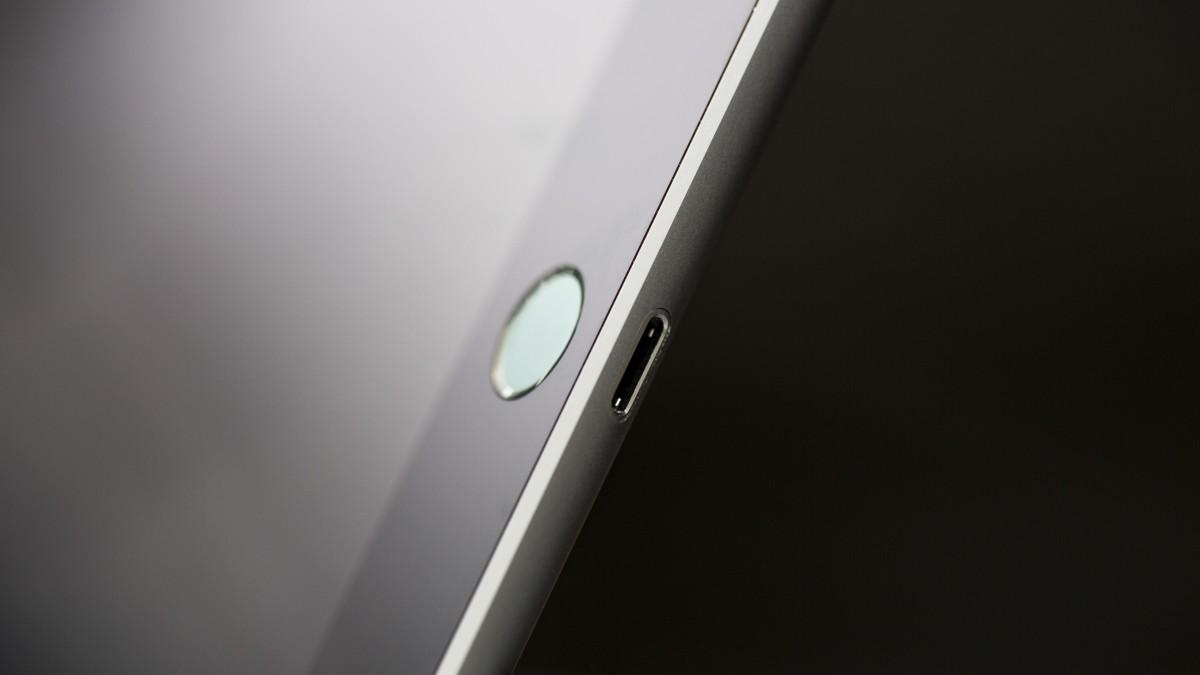 At that price, the 12.9in iPad Pro nudges into premium 2-in-1 laptop category. There’s Microsoft’s excellent Surface Pro to consider, so long as you’re happy with Windows 10, with prices starting at £800 sans keyboard. Dell’s fancy XPS 13 2-in-1 hybrid runs just shy of £1,300 for the Core i5 model.

Aside from the big internal changes, much is the same as before. This is still the top-end tablet you know and love, complete with Apple’s distinct design callsigns. Its front is all display, flanked by skinny bezels on either side. You’ll notice the camera peeping out at the top, while the central Touch ID-equipped home button makes another appearance just below the screen.

Its other features are shared among Apple’s smaller-screened alternatives. There’s the power button on the top, the big central Apple logo on the back along with – on the cellular-equipped variant – the plastic stripe running from edge to edge. Cast your eyes to the right edge and you’ll spot the SIM slot, with the speakers located at the bottom. 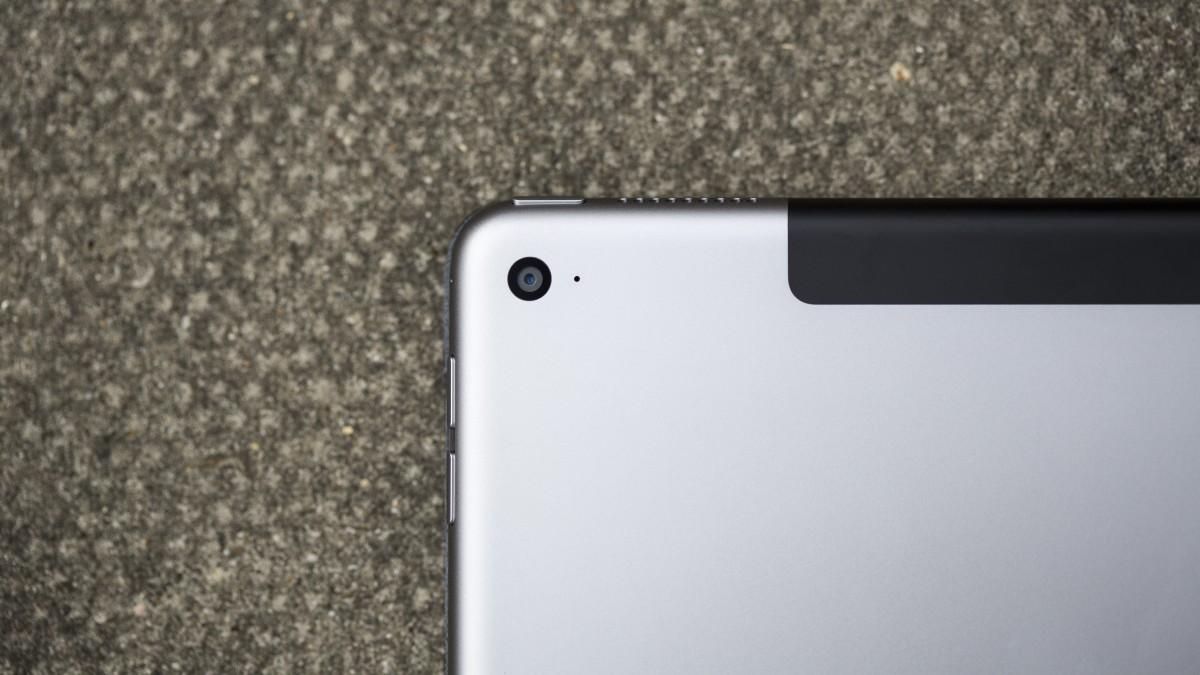 Speaking of which, instead of the usual solitary speaker grille, the new 12.9in iPad Pro is equipped with four. Yep, that’s four speakers: two on top and the other two at the bottom (more on that later).

And for all its similarities to Apple’s smaller iPad offerings, there’s one crucial difference yet to be discussed: its size. This is a monster of a tablet, trust me: the difference between the 12.9in and 9.7in models is staggering.

Despite this gargantuan size, Apple hasn’t veered too far from portability. The 12.9in iPad Pro is still much lighter than the first-gen iPad – thank the heavens – and this updated model shaves off a little weight from last year, too. It’s hardly back-breaking, weighing in at just 677g and 723g for the cellular-equipped model.

The iPad Pro’s 12.9in screen is the biggest Apple has ever crammed in a tablet, and it’s much bigger than most of its Android competition, too. Rest assured, it’s still the star of the show in 2017.

Its 2,732 x 2,048-resolution panel is just as sharp as you’d need, and it’s a looker too. Like other iPads in the range, the iPad Pro takes advantage of an IPS display, so colours are more natural-looking and balanced than anything pumped out by an AMOLED panel. The iPad Pro is just as reflective as 2017’s other tablets too, with the top glass laminated to the LCD panel beneath it.

When put to the test, the 12.9in iPad Pro’s display is as pixel-perfect as it’s ever been. Contrast ratio is high, at 1,421:1, producing a punchy, detailed image and maximum brightness is on the up, reaching 514cd/m2 compared to the previous iPad Pro’s 400cd/m2. 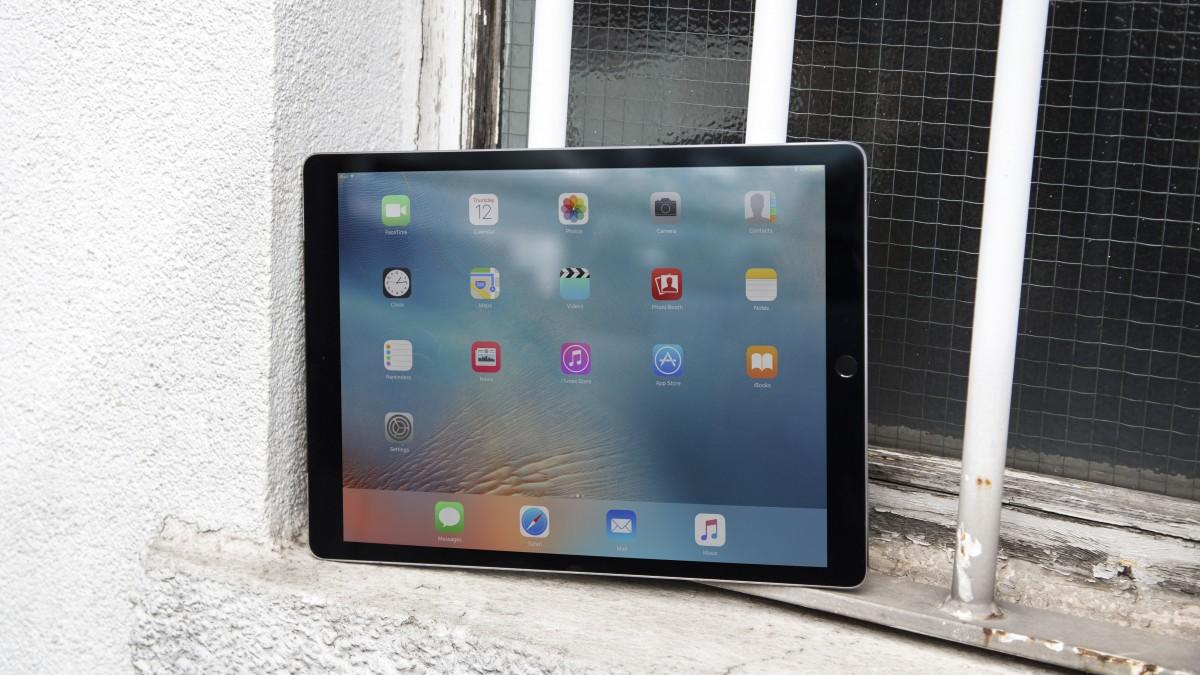 Again, colour accuracy is unbeatable, covering 95.5% of the sRGB colour gamut. With an average Delta E hovering around 1 (this or below is perfect), this is a proper, professional-grade display.

The iPad Pro’s adaptive refresh rate 120Hz ProMotion Panel is what really seals the deal. Touching, scrolling and sketching on this screen is a far more fluid experience than anything that comes before it. It really needs to be played around with to be believed: this bump in refresh rate both looks and feels fantastic.

The iPad Pro does particularly well in the sound department, too. Like I said before, the 12.9in iPad Pro has four speakers, rather than the usual one or two. Using its orientation sensors, it takes advantage of the top two speakers for spatial separation (stereo) and the bottom two to deliver low-frequency sounds. 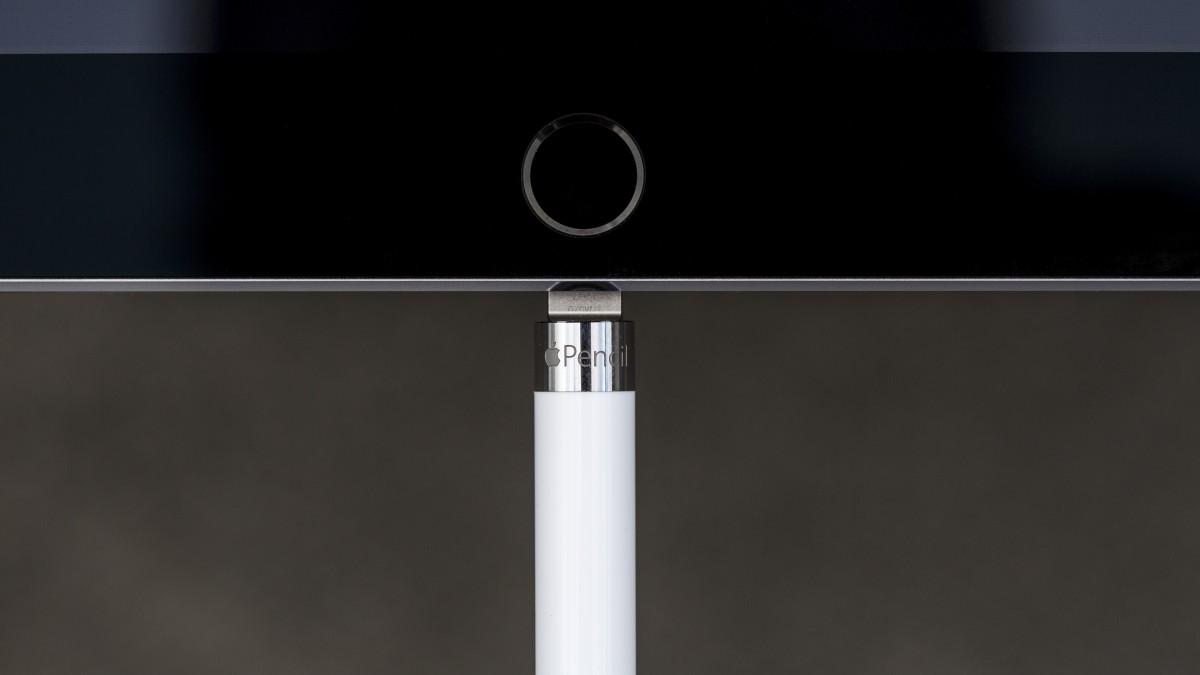 The result is a rather impressive tablet for sound: watching a film on Netflix, I felt no need to reach for a pair of headphones or to plug in a pair of speakers. That’s good news, as you can travel with the one device and use it for everything while you’re away.

Annual upgrades to Apple’s suite of products typically bring a bunch of internal upgrades, and this year’s iPad Pro is no different. Apple’s aged A9X chip has been spruced up to a triple-core 2.4GHz A10X, paired with 4GB of RAM and room for up to 512GB of flash storage.

Looking away from the stats, 2017’s iPad Pro is irrefutably the nippiest tablet to date. The entire experience; flitting between apps to editing video at 4K resolution, is joyously responsive. The iPad Pro never once slowed down: this is one swifty tablet.

Diving into the nitty-gritty, though, prepare to be blown away: the A10X is stupidly fast. A Geekbench 3.1 single-core score of 3,935 and multi-core result of 9,292 isn’t to be scoffed at, with 2017’s offering one-upping last year’s iPad Pro by a significant margin. Heck, it’s even speedier than a Dell XPS 13 2-in-1 running Intel’s latest Kaby Lake Y-series processor.

Likewise, graphics performance is more than up to snuff. Running the GFXBench Manhattan 3 tests, the 2017 iPad Pro delivered onscreen results of 46fps (up from 33fps) and offscreen scores of 108fps (up from 79fps). Again, this is no easy feat: the iPad Pro blazes past any Apple- or Android-powered tablet before it.

Battery life is the most important aspect of a device these days, and the new iPad Pro doesn’t disappoint. In fact, this year’s upgrade bumps up the battery life by more than three hours: reaching 12hrs 18mins in our tests, compared to the original’s 9hrs 8mins. You’ll effortlessly fit in a full work day on a single charge, and then some.

Rest assured, then, the 12.9in iPad Pro is still top dog. It’s faster than ever before, incorporates a far more fluid experience, while remaining every bit as impressive as the original. Add the new and improved Smart Keyboard and Apple Pencil into the mix and you’ve finally got a credible laptop replacement. This is the first time I’ve said that.

The crux – as ever with updated models – is the price bump. The 12.9in iPad Pro is more expensive than ever: add it all up and you’re looking at a cost of £1,000, even with the entry-level model. This isn’t one for the frugal – and there are some great, cheaper alternatives out there – but should you opt for Apple’s latest and greatest, the spangly new 12.9in iPad Pro will not disappoint.

Don't miss a deal at Ancestry
Best offers at The Home Depot
Discounts, Sales and Deals at Surfdome
Save your money with EBay DE
Online-Shopping with Intuit Small Business
Best products at Adobe
Latest Posts