The Amazon Fire TV Stick (2020) is the latest refresh of the standard Fire TV streaming stick, adding a host of new improvements such as HDR, a 60fps frame rate, and compatibility with Dolby Atmos audio. There’s now a cheaper iteration in the Fire TV Stick Lite, but you’ll want this step-up model for a remote with fully-fledged volume and AV controls.

The Amazon Fire TV Stick (2020) is a capable HD streamer, with a decent interface and some substantial improvements over its previous 2019 iteration.

For this 2020 model, you’re getting HDR support as well as a 60fps frame rate, ensuring smoother and richer images – as long as your television support the same specs. You won’t get native 4K resolution here (you’ll need the Fire TV Stick 4K for that), but for HD TVs or 4K TVs with competent upscaling, this is a smart mid-price buy that won’t cost you as much as an Ultra HD model.

The difficulty in judging the Fire TV Stick (2020) is that Amazon has brought in a new entry-level model, the Fire TV Stick Lite. There are some notable differences – mainly, the inclusion of volume controls and mute button on the step-up model’s remote, as well as the ability to connect and control other AV equipment. If your home theater system is bigger than simply a TV and streamer, it’ll be a better bet for ensuring harmonious collaboration between your streaming stick, soundbar, and yourself.

The volume controls really do make a difference, and switching back to the Lite model’s remote is difficult – forcing us to constantly handle a separate TV remote to increase or decrease audio. Using the Fire TV Stick (2020) is a far smoother experience, helped by the voice-navigated Fire TV platform and ongoing updates to simplify and improve the interface.

Less forgivable is the at-times domineering presence of Amazon-owned or Amazon-affiliated content, including ads for Audible subscriptions on every menu pane – but if you’re a Prime subscriber this should suit you just fine.

The Amazon Fire TV Stick (2020) launched globally on September 30. You can buy it for $39.99 or £39.99 in the US and UK respectively – the same price as the previous Fire TV Stick. Shoppers in Australia only have the option of the cheaper Fire TV Stick Lite, though. 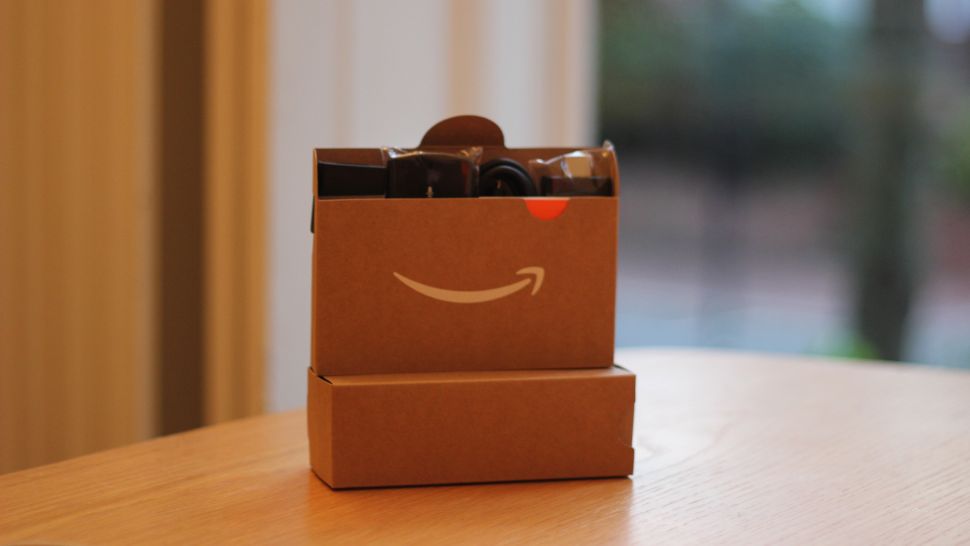 When you open the box, you’ll find a neatly packaged assortment of accessories. There’s the Fire TV Stick (2020) streamer itself, as well as a short (but pliable) extension cable, which is useful for helping the stick fit in narrow spaces behind a television.

You’ll also get two Amazon Basics AAA batteries for the Alexa voice remote, and a charger to plug the streamer into (via micro USB).

The streaming stick itself is pretty nondescript: a short black slab, the size of a small candy bar, which plugs into a TV via HDMI 2.0, and measures 86 x 30 x 13mm.

It’s essentially the same design as the Fire TV Stick Lite or Fire TV Stick 4K, so if you’re juggling a couple – as we were during our review – it may be hard to tell the difference. There is a subtle Amazon logo, but it’s not obtrusive, and the sleek black design and curved remote give it all a premium feel, despite the low price.

The main difference here is not in the streamer, though, so much as the remote.

Every Fire TV device ships with some version of the Alexa voice remote. They all support voice functionality and some basic inputs such as return, home, menu, power, and navigation (with a d-pad disguised as an omni-directional circle). The Fire TV Stick (2020) also adds in volume controls for increasing / decreasing audio levels, as well as a mute button for switching off the sound entirely. 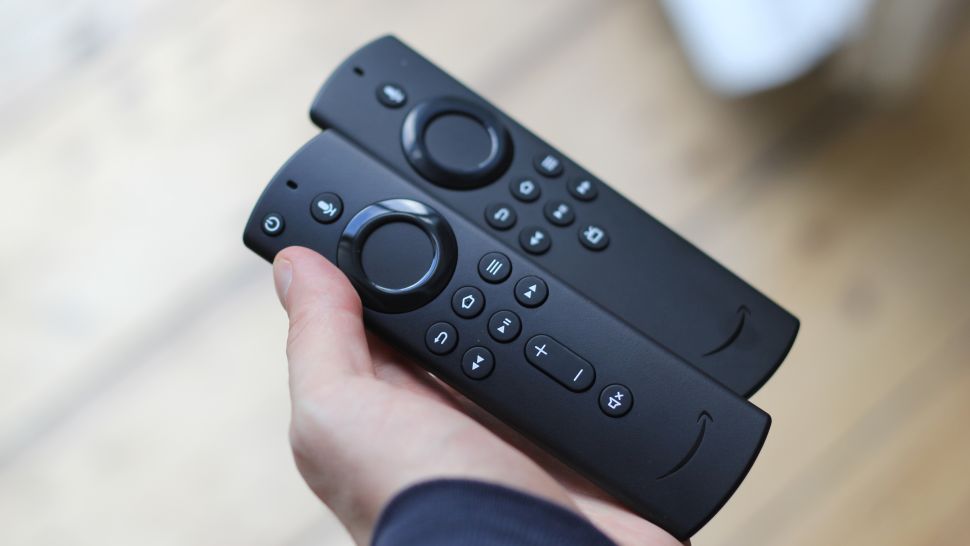 So, what’s new with the 2020 model of the Amazon Fire TV Stick? This version is still a Full HD streamer, and still comes with the same Alexa Voice Remote of its predecessor – a clicker with playback, power, volume and voice command inputs that also ships with the Fire TV Stick 4K and Fire TV Cube, and can be used to control connected AV receivers and soundbars.

There are a few notable upgrades over the previous HD Fire TV Stick model, though, even though it launched pretty recently (in 2019).

For one, there’s the introduction of HDR (high dynamic range), meaning you’ll get increased color and contrast in your HD images, with more nuanced tones and a larger spectrum of light and dark shades. You get the basic HDR10 format here, as well as the dynamic HDR delights of HDR10+ (which uses metadata to calibrate picture settings shot-by-shot) though not its Dolby Vision competitor.

It’s also worth noting that you won’t get the full impact of HDR without 4K resolution either, given there are fewer pixels on show. A 4K TV will upscale the video output to make it output in 4K on the screen, though you’ll be at the mercy of that particular set’s processing ability. 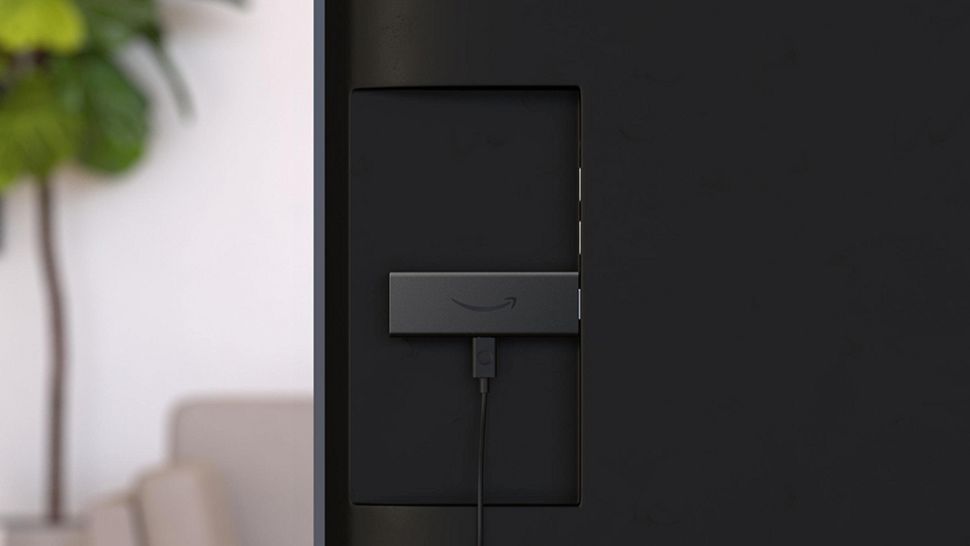 While the 2019 model supported 30fps playback, the 2020 version pushes this up to 60fps – which is fitting, given that most new 4K TVs these days come with a 60fps panel (if not 120fps). This should make for smoother motion with less blur or judder during fast-moving scenes, though some of this will come down to your television’s processing. It should be especially good for any gaming on the Fire TV Stick, as with the upcoming Amazon Luna game streaming service.

Amazon tells us that the new model is “50% more powerful” than the 2019 iteration, thanks to an “enhanced 1.7 GHz quad-core processor”. We’re told that the “dual-band, dual-antenna WiFi supports 5 GHz networks for more stable streaming and fewer dropped connections” – and does all this “while consuming 50% less power” too.

On the audio side, the Fire TV Stick (2020) supports Dolby Atmos surround sound. That means you can get more immersive audio, though you will need to be using speakers that support the format also. 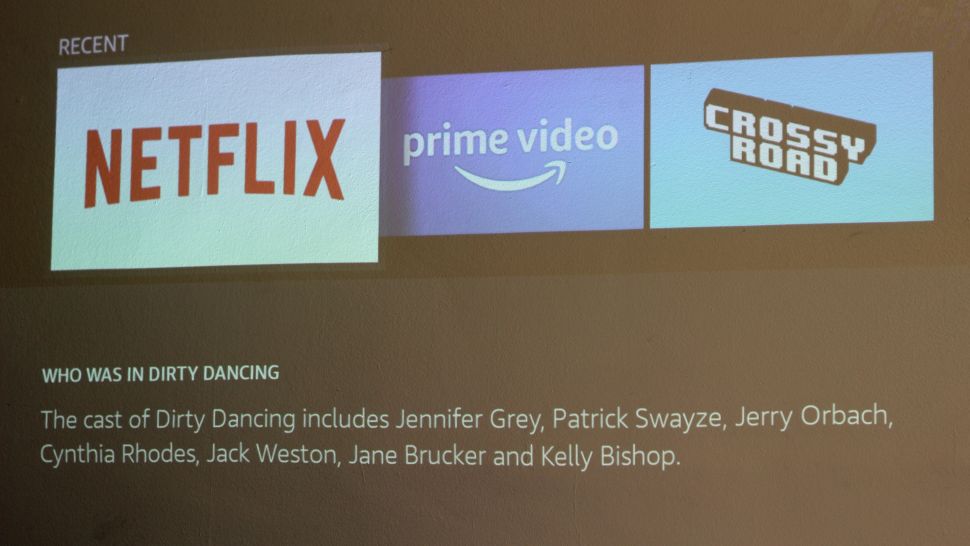 The Fire TV Stick (2020) makes use, as you might expect, of the Fire TV interface – and if you’ve ever used another Fire TV streamer, or a Fire TV-based smart TV, then you’ll be familiar with what’s on offer.

There are various content rows to navigate horizontally, such as your Recent apps, Your Apps & Channels, and Prime Originals & Exclusives.

This is a pretty comprehensive platform, with streaming apps such as Amazon Prime Video, Netflix, Disney Plus, YouTube, and more packed in, without any glaring absences.

There’s no aggressive hiding away of Amazon Prime Video’s main competitors, then, though Amazon does make sure its own content gets priority. Much of the Fire TV interface is clogged up with Amazon Prime Video content – whether that’s titles sourced from the platform directly or affiliated TV channels such as StarzPlay.

It’s common to click through on an interesting title to find you need a subscription, and it can be frustrating now to have this signposted around the content prior to you clicking through and attempting to view it. (There’s also no onscreen-prompt to ‘cancel’ once you’ve selected a film or TV show; you’ll have to use the back button on the voice remote, which isn’t overly obvious at first glance.)

Most content panes also have a Sponsored section for Audible, the audiobook subscription service owned by Amazon. As ever, paying for hardware that then shows you advertisements is a bit of a slap in the face – though the Tizen OS on new Samsung TVs does it too, if less visibly. 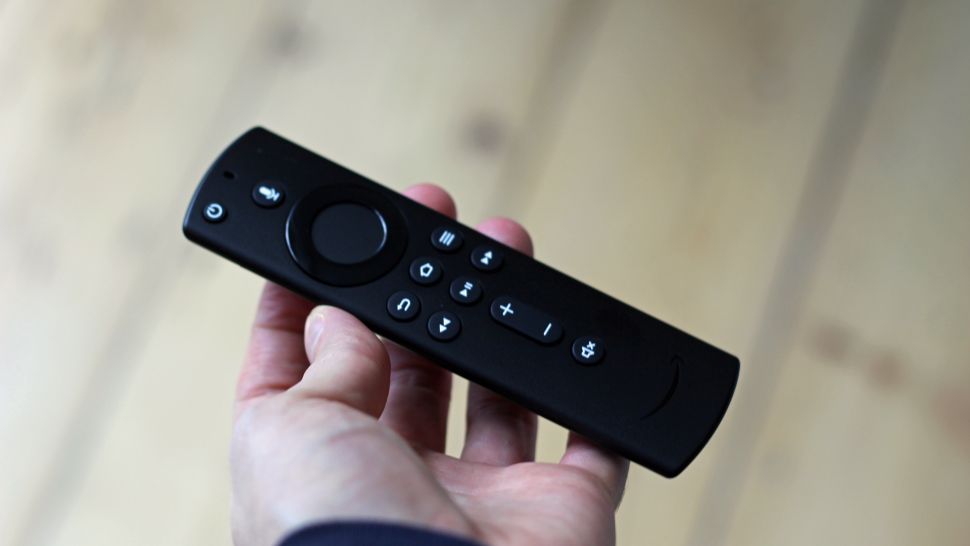 You’ll enjoy the UI and its suggested content the most if you’re a Prime subscriber already, then, though other streaming platforms such as Roku are a bit less biased towards funnelling you towards particular purchases.

You also can’t sign in to the Prime Video app unless the Amazon account registered to the device has access. This problem should get fixed when Amazon launches user profiles later in 2020, but for now it’s an annoying pain point – especially if (like me) you and your cohabitants share various streaming subscriptions.

There are changes afoot, as with the recent overhaul of Alexa integration, aping the UI of the Echo Show smart display range when accessing information through Amazon’s voice assistant. You’re soon getting a picture-in-picture mode, too, meaning you can load up more than one app at one time on your Fire TV interface, say to bring up a smart security camera feed on the side of the screen.

It’s not an unpleasant interface at all, even if Amazon-affiliated content is a bit domineering, and the Home / Your Videos tabs are essentially identical. 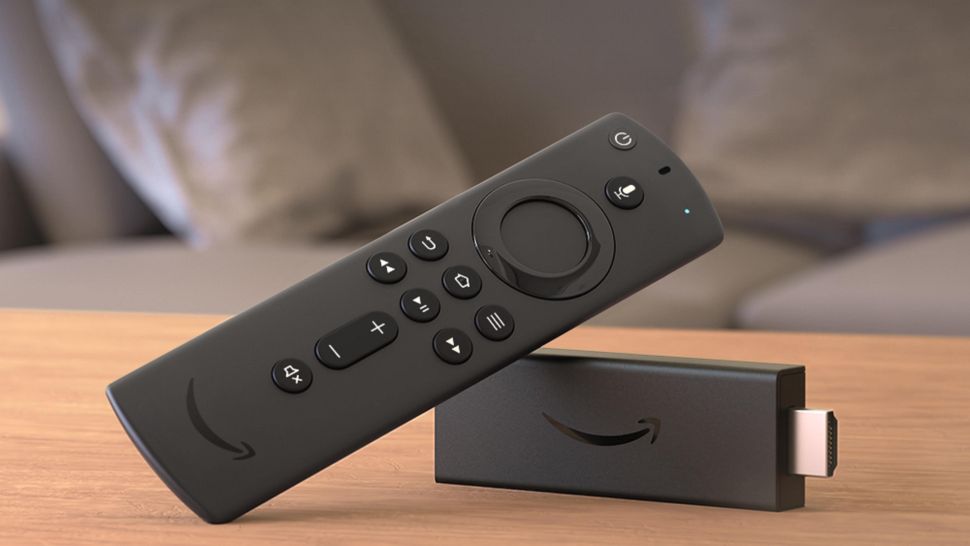 If you’re still working with a dumb TV, or have some key apps missing, the Fire TV platform is a great supplement.

Using Alexa is pretty nifty, even if the voice assistant can’t handle everything you throw at it. For simple commands, though, it’s a neat way to jump around the OS.

Amazon is pretty intent on showcasing Amazon Prime movies and the like on its Fire TV platform – as well as associated Prime channels – and so you’ll see more content relevant to you if you’ve bought into the Amazon ecosystem already.

You’re having to sacrifice 4K resolution at this price point, so a 4K streamer may be better for viewing high-quality sources.

You want the cheapest streaming stick out there

There are cheaper streamers, such as Amazon’s own Fire TV Stick Lite, which retails for just $29.99 / £29.99 / AU$59.99 – though you will be sacrificing volume controls on the voice remote, as well as Atmos compatability.

You’re not an Amazon Prime subscriber

Amazon quite overtly tries to sell its own content to you where it can, and if you’re not in the ecosystem it can get a bit annoying.

Don't miss a deal at Argos
Best offers at Newegg
Discounts, Sales and Deals at Boohoo
Save your money with Surfdome
Online-Shopping with Ancestry
Best products at O2 Mobile
Latest Posts