The Amazon Echo Dot (4th Gen) delivers what you’d expect in terms of sound quality and Alexa integration, but it feels like the same internal components from last year packed into a new spherical shell.

The Amazon Echo Dot has always been the best option for those who aren’t sure about smart home tech and want to take the first step. It provides a place for Alexa to live inside your home and packs in enough sound performance to fill a room. All that for under $50 / £50 / AU$80 and it’s easy to see why it’s long been one of the most popular smart speakers on the market.

In some of those ways, the Amazon Echo Dot (2020) lives up to the legacy set down by all of the previous Echo Dot devices – it’s small, decently loud and, thanks to Alexa, it’s pretty smart, too.

But the unfortunate part about the new Echo Dot is that it seems to have all the same foibles as its predecessors as well – it doesn’t have a Zigbee hub inside and, the line-out jack, while great for folks who have a big speaker system, doesn’t cater to the crowd who want to use the Echo Dot as a speaker for their audio player. It’s also not the best-sounding speaker in the world.

Simply put, the new Echo, while aesthetically different, brings more of the same as last year’s Echo Dot 3rd gen. That’s not the worst thing in the world considering how much we loved last year’s model, but the latest Echo Dot just doesn’t innovate enough to push it into the 4.0 or 4.5 range.

Buying an Echo Dot for your child? There’s a special Dot just for them. Check out the Amazon Echo Dot Kids Edition. It costs slightly more than the standard Echo Dot at $59.99 (likely £59.99 / AU$99 in the UK and Australia if it becomes available in those markets), but this super-cute smart speaker continues the ball-like design and makes it kid-friendly with panda and tiger-style grilles.

There aren’t many other cheap smart speakers, but the closest competitor we think it’s worth mentioning here is the Google Nest Mini that’s supposed to cost $49.99 / £49 / AU$79, but is usually on sale for $35 / £35. So far, we like the Amazon Echo Dot a bit more than the Google Nest Mini, but we’ll need to spend some more time with it before we can say that with any sort of definitiveness. 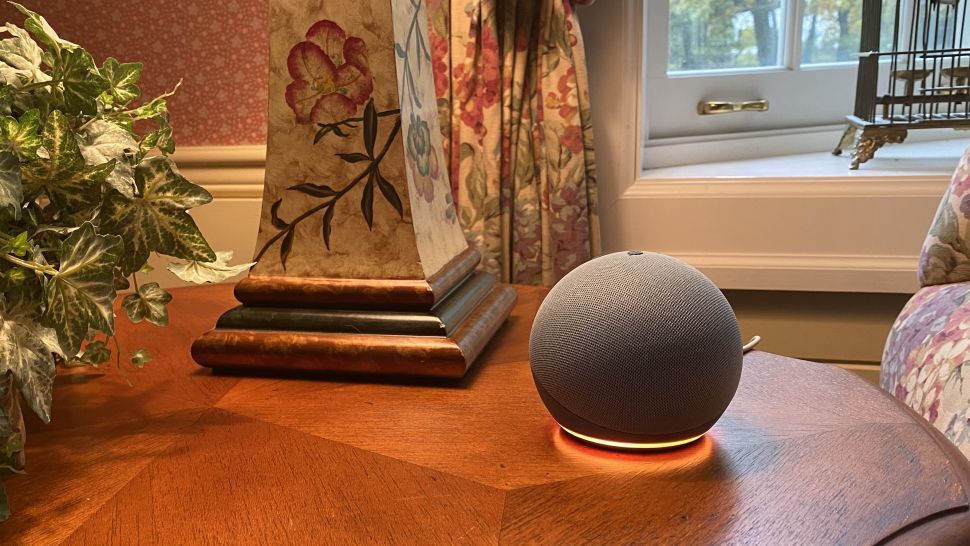 Amazon has definitely taken a different approach when it was designing this new Amazon Echo Dot: instead of a hockey puck shape like last year, the new Echo Dot is a palm-sized sphere.

Like the larger Amazon Echo, the Amazon Echo Dot’s spherical chassis is divided into two parts: a layer of hard mesh and a plastic back piece with rubber feet on the bottom so that it doesn’t scratch your table. You’ll also notice a plastic translucent ring along the bottom, which serves as the LED indicator light, telling you when Alexa is listening (blue), when the microphone is muted (red) or when the speaker has lost its internet connection (yellow).

On the top of the space age-looking speaker are four control buttons – volume up, volume down, microphone off/on and a button that summons Alexa. You won’t necessarily need to use them if you don’t want to – as almost all of them can be replaced by voice commands – but they’re nice additions.

If you turn the speaker around you’ll find a power connector and a 3.5mm aux jack that can be used as a line out port to send the audio signal to an external speaker. That’s an especially handy feature considering the Echo Dot’s less-than-sterling sound quality that we’ll discuss in a minute, but it’s also somewhat disappointing that the 3.5mm aux jack doesn’t double as a line in port like it does on the full size Amazon Echo.

Tear away the top layer of the Amazon Echo Dot and you’ll find a single 1.6-inch full-range front-firing speaker. This tiny-but-powerful speaker is responsible for producing the entire frequency range of sound for the speaker and the results, well… aren’t exactly inspiring.

That said, there’s also the included microphone array packed inside there as well and we don’t have any complaints about the Echo Dot’s ability to hear us over the dull roar of our music and process our commands perfectly. 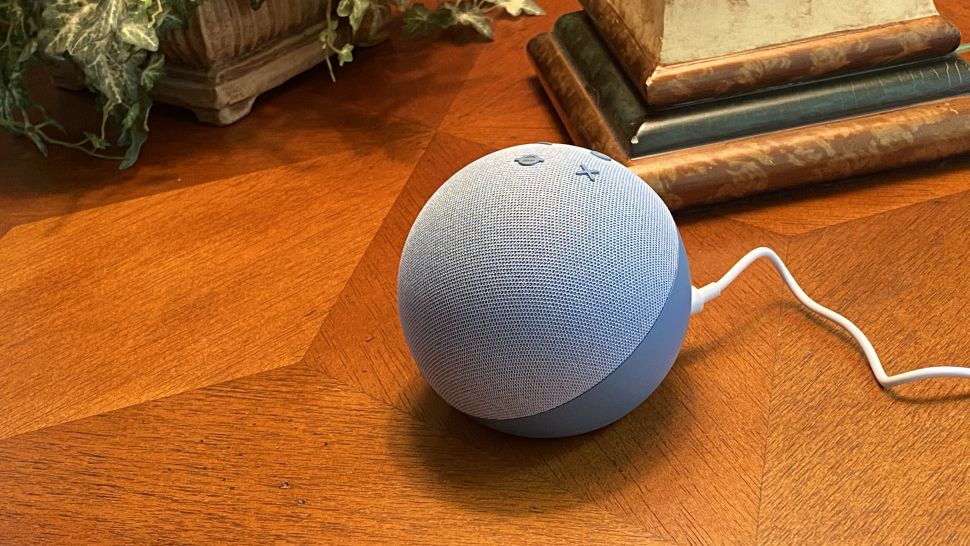 Getting the speaker setup is simple – especially if you have one or more Alexa devices already setup in your house. If that’s you, all you need to do is head into the Amazon Alexa app and tap the plus icon in the Devices section – the app will do a quick scan for nearby devices and before you know it you’ll be up and running with your new smart speaker.

If you don’t have the Alexa or an Echo Device already installed, you’ll have to go through the process of downloading the app and signing into your Amazon account, but then it’s more or less the same process as above.

Once it’s set up, you can ask Alexa to set timers, create calendar events, play music, tell you the weather, call other Echo speakers and mobile phones, and read the news, as well as a host of other actions thanks to Alexa Skills.

Disappointingly, while the Amazon Echo Dot 2020 can control other smart home devices that you’ve previously paired with another Amazon Echo device, it can’t pair any devices on its own because it lacks a built-in Zigbee hub. You can ask Alexa to do everything from turning your smart lights on to locking your front door, but you’ll still need another Amazon Echo to set up those devices.

While the Echo Dot really isn’t a great buy for flourishing smart home enthusiasts, the Kids Edition is great for parents who want a little more privacy for their little ones: Amazon has added a new feature alongside the Echo Dot in the form of Alexa Voice Profiles for Kids which allows Alexa to automatically change its responses to be kid-friendly when it recognizes a child’s voice is speaking to it.

While using it in this mode, Amazon says children can “ask Alexa questions, set animal sound alarms, get help with homework, and call approved friends and family” and you won’t have to worry about them getting into something they shouldn’t. There’s also a new Alexa feature called Reading Sidekick that helps with your kids reading, and offers encouragement when they’re struggling that’s perfect for quarantine learning.

None of these features make up for the lack of a Zigbee hub if you’re looking to build out your smart home, but for families the Kids Edition is a nice option that should allay parent’s fears of keeping a smart speaker around their kids. 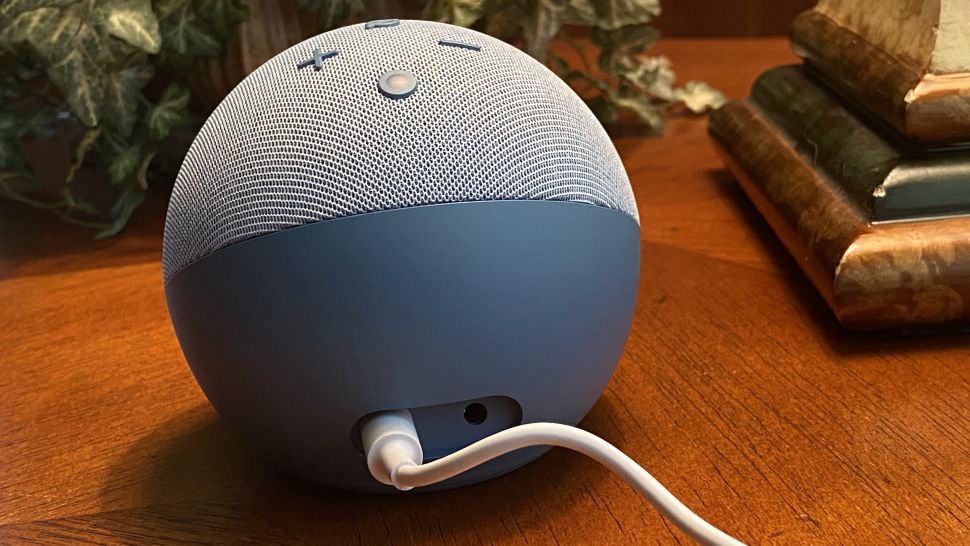 In terms of sound quality, the Amazon Echo Dot really hones in on the mid-range, presenting clear vocals in songs and emphasizing speech in podcasts. Conversely, however, the soundstage isn’t particularly wide and instead is fairly shallow with little separation between instruments.

Now, its spherical design might lead you to believe that it will offer 360-degree sound, but in actuality you’re getting pretty focused, directional audio that’s at its best when you’re standing a few feet in front of it. That’s not necessarily a bad thing, but it’s worth noting.

Songs we’ve tested include pop hits like Hey Jude by The Beatles and Justin Bieber’s new hit, Lonely, as well as some classic funk and rock as well. The trend seems to be the same throughout: great vocals in that midrange sweet spot but at the expense of the trebles and bass response that sound muted at almost any volume level. Like the larger Echo, you can tweak each of these areas individually by asking Alexa to raise the bass, midrange or treble, but it doesn’t radically impact the sound of the speaker.

In terms of overall volume level, the Amazon Echo Dot gets moderately loud if you max it out, however it doesn’t seem to be able to hold that volume level for an extended period of time and eventually drops to a more sustainable level. If you’re looking for a good party speaker, this isn’t it.

So what are you to make of the Echo Dot’s performance? Well, as a desk speaker that sits in front of you and plays music for a half-hour at a time, it’s perfectly fine – but as a home speaker that you’ll use to play songs during parties? Well, the Dot doesn’t really cut it. 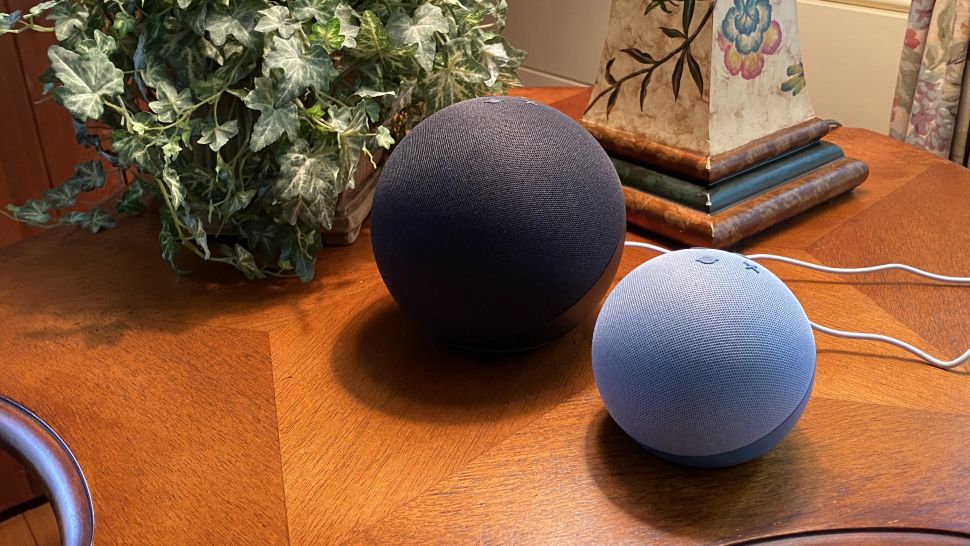 You want to extend Alexa’s reach inside your house

If you already own one Alexa speaker in your house and just need a second to extend Alexa’s earshot, the Echo Dot is pretty great. Setup is simple when you already have the Alexa app downloaded and two synced devices work seamlessly.

You want to transform an older speaker into a smart speaker

If you have an older speaker that’s aching for an 21st-Century upgrade, definitely consider buying the Amazon Echo Dot and connecting it to the speaker with a 3.5mm audio cable. That way, you get Alexa’s smarts with the sound quality of a time-tested speaker.

Just like the larger Amazon Echo (2020), the best day to pick up any Amazon device is during the company’s annual Amazon Prime Day event, Black Friday or Cyber Monday, which typically see slashed prices across the entire line of Echo devices. If you see one during the sale for half the price, definitely pick one up.

You want a robust speaker that really rocks

If you’re an audiophile and you’re expecting crystal-clear sound quality from the Amazon Echo Dot, we’ve got some bad news. The Echo Dot really works as a desk speaker for background music, but not as something we’d want to show off to our audiophile friends.

This is the start to your smart home buying spree

If you’re just starting out with smart home technology, the Amazon Echo Dot probably shouldn’t be your first purchase. Yes, it can control some devices that come with their own separate hubs, but it’s severely limited without a Zigbee hub of its own built-in.

You can find the Amazon Echo (3rd Gen) even cheaper

Yes, you should pick one of Amazon’s new sphere-shaped speakers up if they’re on sale… unless you can find the Amazon Echo (3rd Gen) on sale at a lower price. Because we don’t feel there’s a massive upgrade in terms of sound quality year-over-year, you’re not missing much by buying last year’s model.

Don't miss a deal at Ancestry
Best offers at Newegg
Discounts, Sales and Deals at TalkTalk Phone and Broadband
Save your money with Microsoft Store
Online-Shopping with Nike DE
Best products at Turbo Tax
Latest Posts