Amazon is holding a hardware launch event today (Thursday, September 24), which means we could be in for some upgraded Echo speakers, updates to Alexa, Prime Video, and Amazon Music, and new Echo devices.

It doesn’t look as though the event will be live streamed to the general public, but it’s scheduled to start at 10am PT / 1pm ET / 6pm BST (that’s 3am, September 25 if you’re in Australia) – and we’ll be here to cover all the announcements from Amazon HQ.

There haven’t been any material leaks so far, but the invite sent to media mentions “Devices and Services”, so it looks as though we might hear some Alexa news as well as being treated to some new gadgets.

The event is conveniently taking place just before Amazon Prime Day 2020 – while the date is still to be confirmed, we’re expecting it to land in mid-October, ahead of Black Friday and Cyber Monday.

That means the massive sales event could include big discounts on older Amazon Echo devices – and perhaps even some price cuts on the new hardware that’s due to be announced this week.

While we’re largely in the dark about what exactly will be released on Thursday, we can make a few guesses based on what we saw last year – here are some of the devices and services we think could make an appearance at the Amazon 2020 hardware event. 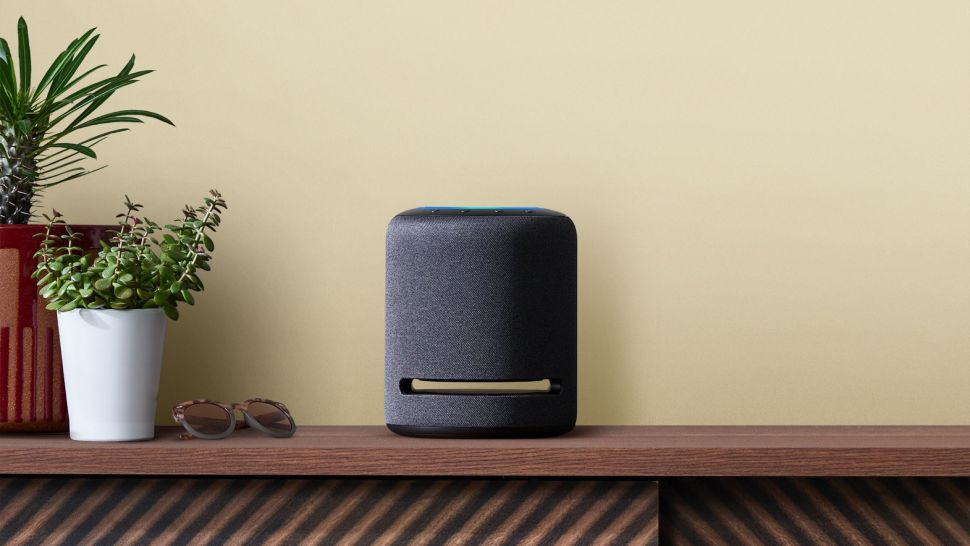 Last year’s hardware event gave us a bevy of new Amazon Echo speakers, and we’re expecting more of the same in 2020.

It’s possible that the 2020 hardware event will bring a smaller, cheaper version of the Echo Studio – perhaps sold as a pair of stereo speakers, to boost the Studio’s home cinema capabilities.

What would be even better than that? An Amazon Echo soundbar, complete with Dolby Atmos to compete with the Sonos Arc.

2019 also saw in the budget-friendly Amazon Echo Flex, which brings Alexa smarts to your home by plugging into a mains power socket and connecting to your home’s Wi-Fi network.

Since then, Amazon has announced a new accessory for the tiny speaker that turns it into a clock too. Called the Smart Clock For Echo Flex, this handy attachment tells you the time and can also automatically adjust its brightness throughout the day.

It’s probably about time for Amazon to update its range of smart displays, too; last year brought us the Echo Show 8, which combined the audio quality of the 10-inch Echo Show, with the camera shutter of the Echo Show 5, all in a new eight-inch form. Now that the line up is complete, could we be in for a complete refresh of the Show series? Only time will tell.

The 2019 hardware event gave us the Amazon Echo Buds, which were the company’s first true wireless earbuds to rival the Apple AirPods.

While we were impressed by their budget-friendly price and excellent noise reduction, the sound quality and battery life left a lot to be desired – and that means the Echo Buds are due an upgrade in 2020.

Updates to Amazon’s wireless earbuds could include noise cancellation, to bring them in line with the AirPods Pro, improved audio quality, and longer battery life.

Don't miss a deal at Newegg
Best offers at House of Fraser
Discounts, Sales and Deals at Bodybuilding
Save your money with Argos
Online-Shopping with Currys
Best products at Udemy
Latest Posts