The Alienware AW2720HF makes it clear that there are always trade-offs in gaming. For buttery smooth gaming, this monitor is a champ. But it comes at a high price for a monitor that doesn’t exceed outside of eSports titles.

The Alienware AW2720HF says it all right in the name with the “HF” to indicate high-frequency, as in the high refresh rate (at least that’s what we think the HF stands for). It’s a 27-inch IPS panel with a blazing-fast 240Hz refresh rate, 1ms response time and compatibility with both FreeSync and G-Sync.

The base price puts it in close competition with more feature-rich BenQ EX2780Q at $599 (£449, about AU$860), and close to the discounted prices we’ve seen for some other top gaming monitors like the MSI Optix MPG341CQR and the AOC Agon AG322QC4, both of which have a lot more screen, more pixels, some flavor of HDR, and 144Hz refresh rates. 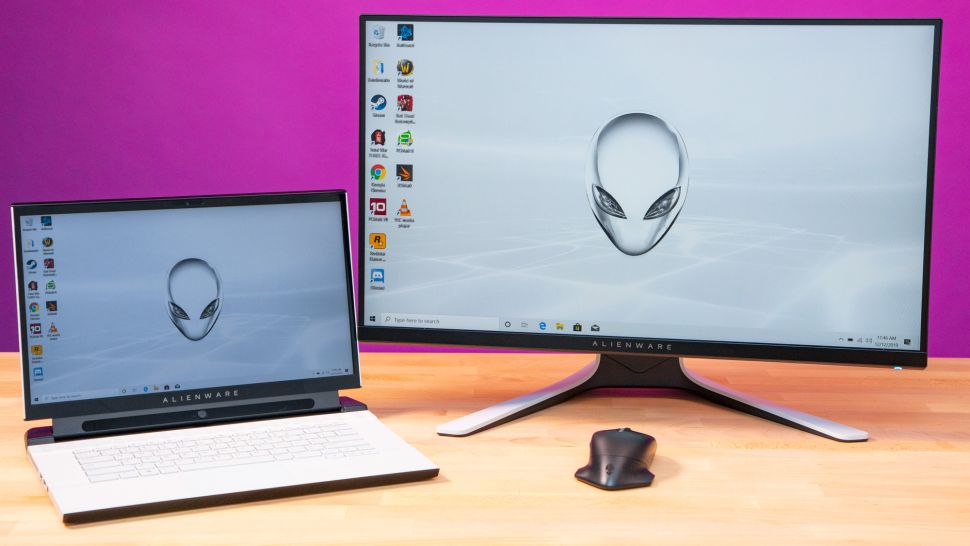 It’s also more expensive than the BenQ Zowie XL2540, which offers a similar 240Hz refresh rate, but achieves it using a smaller TN panel. Still, the Alienware AW2720HF suffers from the same core issue as the Zowie XL2540, and that’s its appeal outside of competitive gaming.

In games, the Alienware AW2720HF shines. But, even then the appeal has trade-offs. In Overwatch and CS:GO, we see some really high frame rates that let us take advantage of the 240Hz panel. The game is hyper-smooth at this level. We feel pretty good swinging around Reinhardt’s hammer at a buttery 200fps, but we also felt pretty good at 144fps. While we’re gaming, the 1080p resolution is also less of an issue, as there are fewer super-fine lines that highlight the low PPI (pixels per inch) on a display this size.

That smooth experience is all on an Nvidia GeForce RTX 2070 – a card we didn’t buy to play at 1080p. And to get those high frame rates, we have to make trade-offs in other visuals. We say goodbye to strong antialiasing (which could help smooth out the jaggies prominent on a 1080p, 27-inch display). We leave the RT and Tensor cores dormant, too. All that and we’re still not looking at a regular 240fps in CS:GO or Overwatch. Too many more concessions to hit 240fps and we’d start to lose the benefit, as we wonder whether the blurry mess of smooth moving pixels we see in the distance are an enemy or scenery. 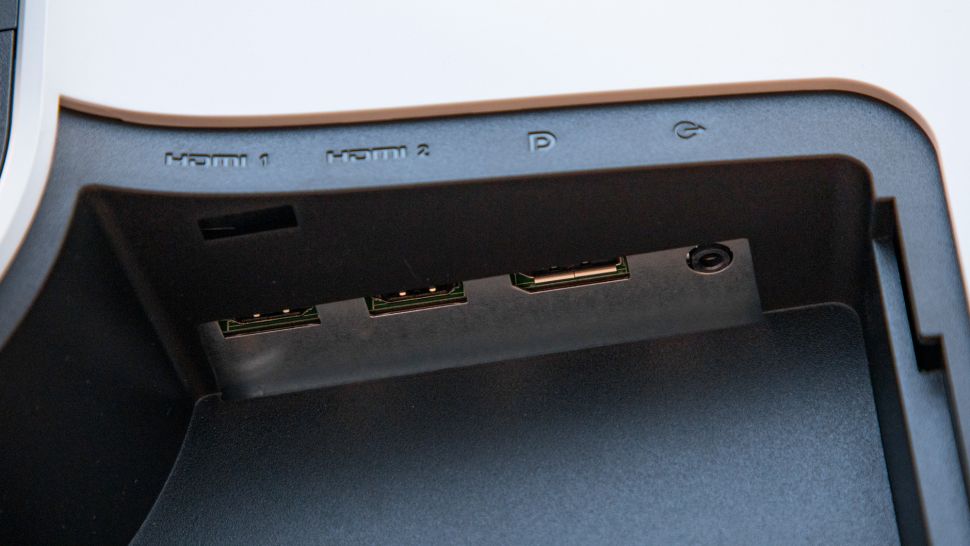 Outside of competitive eSports titles the appeal drops further. In Star Wars Jedi: Fallen Order, we’re not dialing down the visuals just to gain an fps advantage over the in-game NPCs. And, in Metro Exodus, we’re taking advantage of ray tracing. That means we’re not hitting 240fps, so we’re leaving the Alienware AW2720HF’s main selling point completely dormant.

That’s not to say the Alienware AW2720HF is bad when playing other games or outside of games. In Metro Exodus we’re plenty pleased with the colors (with 99% coverage of sRGB), responsiveness, and contrast of the display. The visual quality holds up in movies as well, where we’re even more appreciative of the IPS panel’s wide viewing angles and anti-glare coating. We can easily see the screen from wherever we’re lounging.

Browsing the web and working is a different story. The sharpness of the monitor is a little too low for us to want to read or write a lot of text on it. The white light is also very bright, which makes staring at walls of text legitimately painful.. 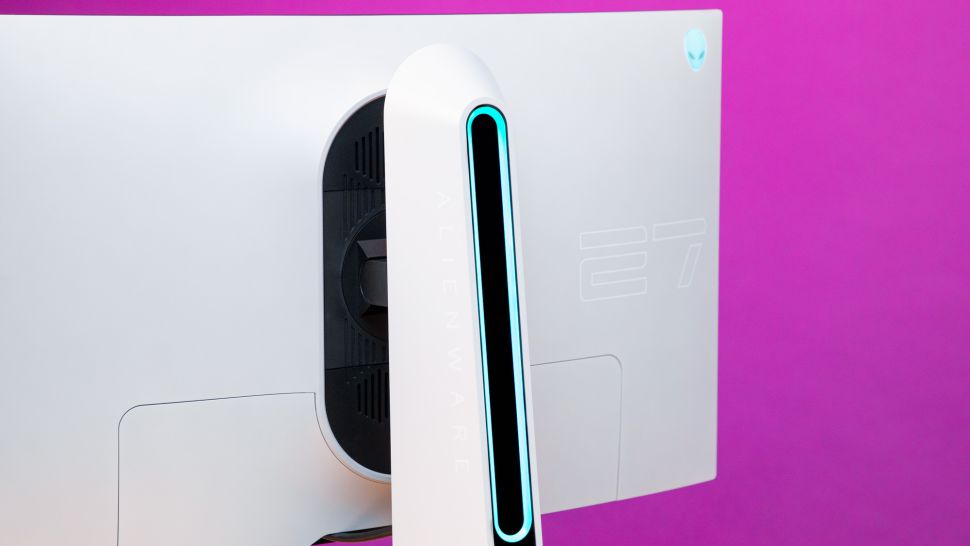 There’s a lot to like about the build of the display, though. It has a wide, heavy base to support the monitor with ease. The stand is also highly posable, with plenty of adjustment for angles, height (5.1-inch/130mm of adjustment), and even a 90-degree pivot. Dell’s built decent cable routing into the stand to guide the power, dual HDMI, DisplayPort, and USB 3.0 connections through and keep our desk space clear. We couldn’t figure out how to get the power cable to squeeze through, though. A headphone jack and two USB ports easily accessible on the bottom of the display are handy as well, as is the joystick navigation for the menus. Dell has even thrown in a dynamic bias light with AlienFX RGB lighting in the back.

What it really comes down to is this: 1440p at 144Hz strikes a better balance of quality and performance over 1080p at 240Hz. The lack of visual quality is a big concession to make, so unless you’re really super-competitive, you might want to look at a monitor with a higher resolution. 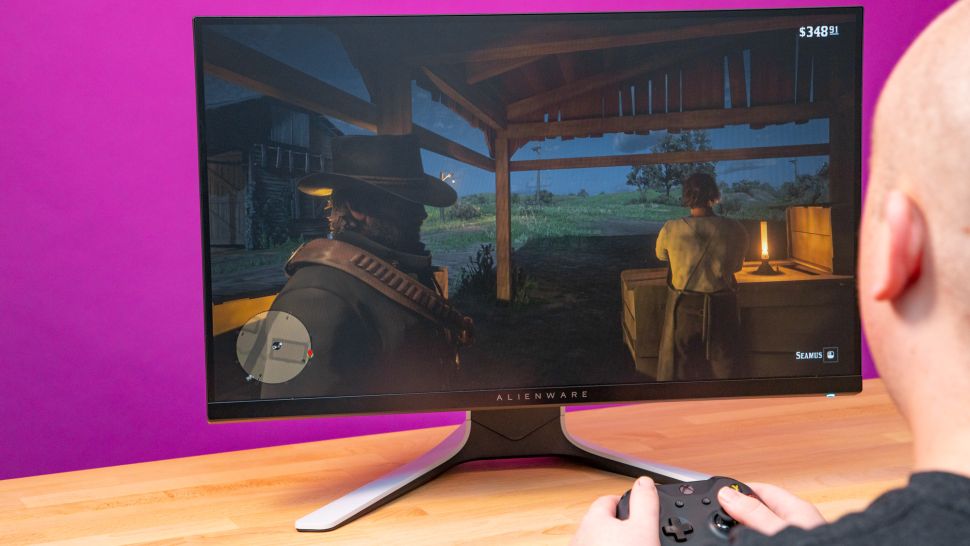 Don't miss a deal at Sephora
Best offers at Argos
Discounts, Sales and Deals at Carphone Warehouse
Save your money with Farfetch
Online-Shopping with Brian Tracy
Best products at John Lewis
Latest Posts